The Sales Pendulum In LBG

We have seen a shift of approach in sales management by some line managers since the reorganisation of the branch network. It would seem that in some areas, the sales pendulum has swung firmly back to a more permissive era, and that is unacceptable.

Let’s be clear, the vast majority of senior managers are dealing with staff properly when it comes to sales but there are some who are pushing the boundaries beyond what is acceptable. We have said in the past the union will have no hesitation in exposing those individuals who overstep the mark in future Newsletters, and reporting them directly to the FCA, should that be necessary.

One of the sales management techniques we always opposed was the use of locally produced sales management forms designed to track individual performance but also used as a forcing tool to ensure staff were focusing on key areas of activity. These are nothing more than tools to drive pressurised selling. We also opposed the use of league tables, which were designed to humiliate staff into improving their sales performance and ended driving the wrong kind of behaviours. The FCA also opposed these two approaches to sales management.

In recent weeks we have seen a number of examples of both of these practices being used by local management.  In one area staff are sent a league table by phone every week setting out how productive they have been relative to their colleagues. The league table goes to all sales staff. Why staff need to know how their colleagues have performed is beyond us? It’s clear that the aim of the league table is to force increased productivity, which the senior management team hopes will force increase sales irrespective of whether those sales are entirely appropriate. 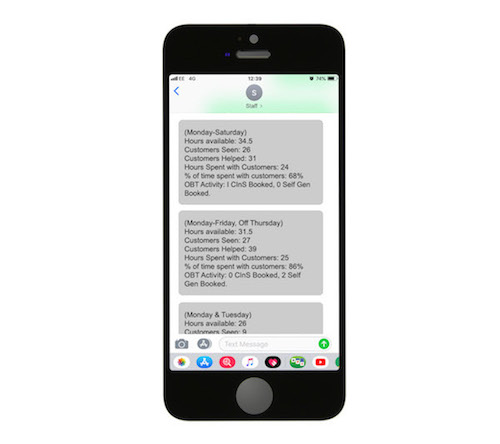 The second two are forms which staff in the branches are required to complete on a daily basis. Most of the information requested is readily available to the management team but by forcing staff to complete the form it is sending the message that sales performance in certain key areas is being measured.  Staff are also concerned that the form is going to be used against them at some future stage. We have seen numerous examples of similar forms recently. 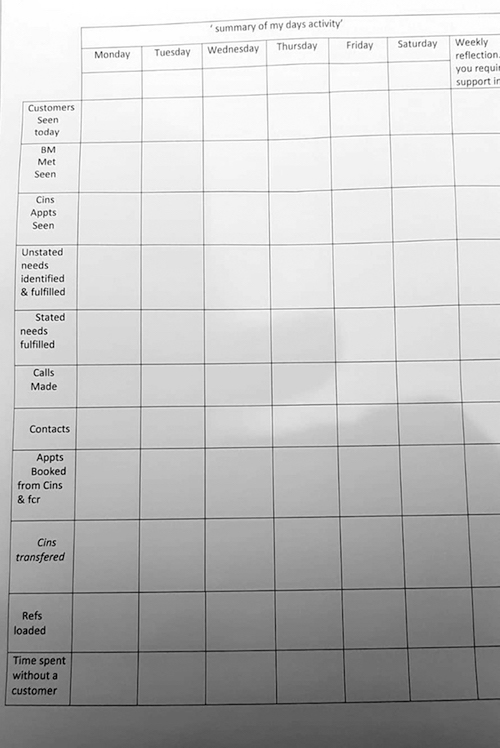 Members have also reported that at morning meetings they are now being asked: “How many unstated needs have you got planned to do today?” and at the end of the day the same managers are asking: “How many products did you do today?” Using this sort of gibberish doesn’t disguise what’s really going on: pressurised selling. We had hoped that those kind of sales related questions were a thing of the past but some line managers – who are under inappropriate pressure themselves to deliver improved performance – are increasingly using them.

The union will be sending out a survey to members in the branch network on sales management practices in the next few days. The results of that survey will be shared with the bank and members and a copy will be sent to the FCA director responsible for dealing with Lloyds Banking Group. Members with any suggestions on what should be included in the survey, or on sales generally, can contact the Advice Team on 01234 262868 (Choose Option 1) or email us at compliance@btuonline.co.uk.