According to documents leaked to the union there are some 4.37 million Lloyds customers awaiting remediation outcomes (in non-gobbledygook, having complaints resolved) costing the bank £766 million, and that doesn’t include new remediations introduced this year. Those remediations range from the non-delivery of paper-free correspondence into digital inboxes, which affects 663,767 customers to Wills in safe keeping not being passed on to the next of kin or a third party resulting in estates being distributed to the wrong beneficiaries.  That affects 62,000 customers but it could be significantly more when you take into account non-intrinsic items in safe custody which could also include Wills not distributed properly.

Let’s just take a minute to think about the implications of that remediation exercise. You’ve lost a loved one, the estate has been distributed equally amongst the family, then 12 months later you get a letter out of the blue from Lloyds enclosing the ‘real’ Will, which says all the money should have gone elsewhere. 62,000+ families potentially destroyed as a result of system failures by Lloyds. The bank has classed that remediation exercise as “Material/Severe”. That’s the biggest understatement in the whole document!

And the worrying thing for the bank is the 4.37 million doesn’t

include customers who have made PPI claims.  The key remediations both past and present are set out in the tables below: 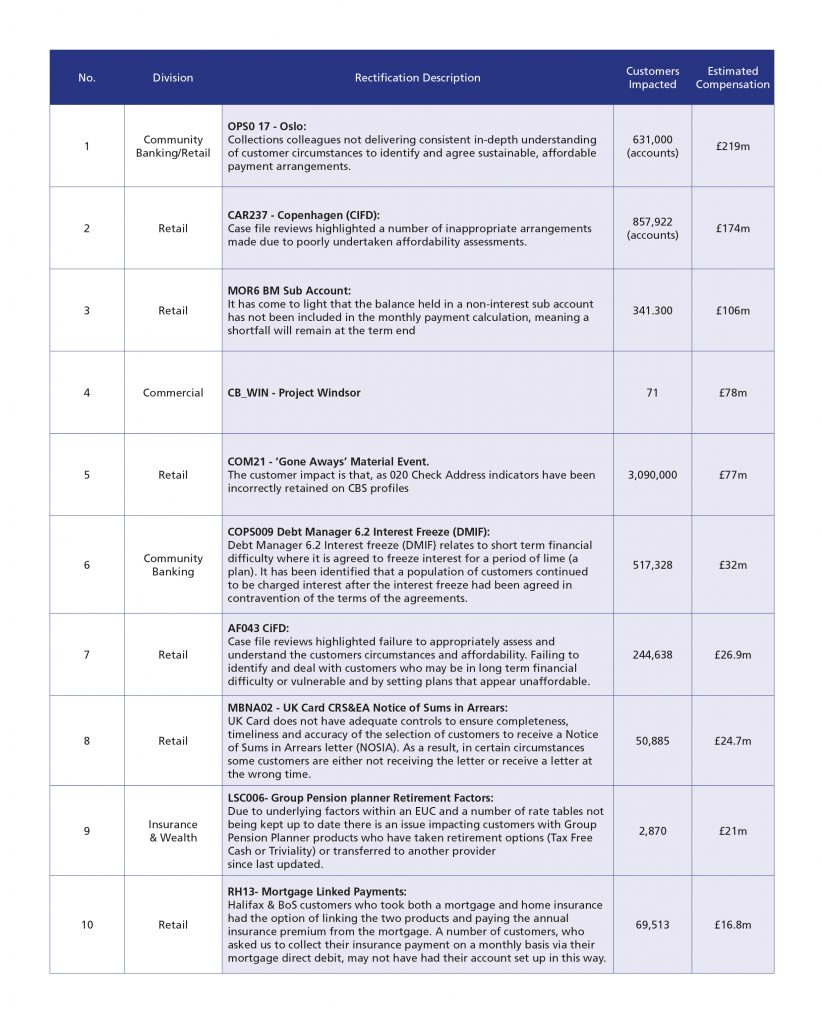 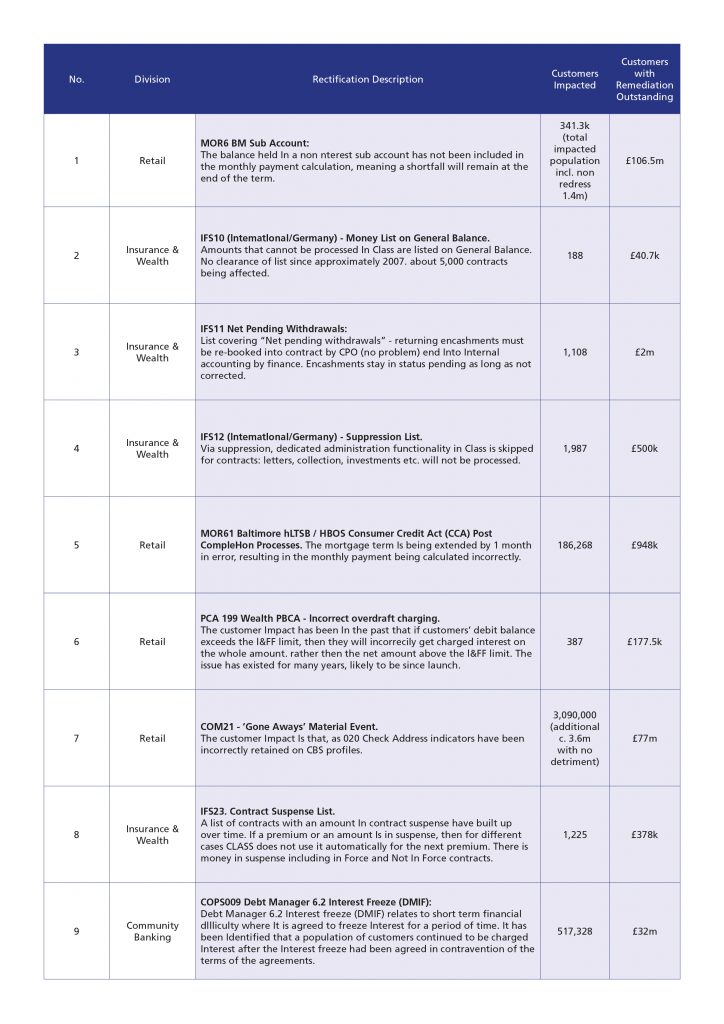 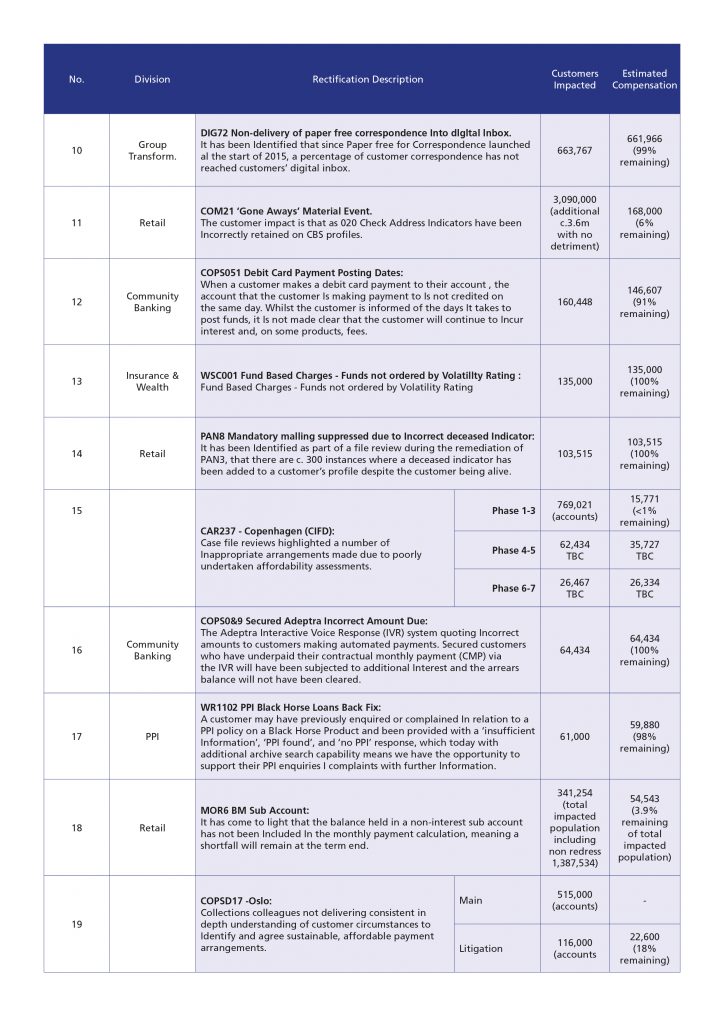 Every year the total value of the Lloyds Banking Group bonus pool is reduced because of past conduct issues, most notably the PPI miss-selling scandal. Last year the bonus pool of £536.9 million was reduced by £72.4 million because of past misconduct issues. The bank’s decision to increase PPI provisions again in Q3, with further increases being announced on Thursday this week, means that the bonus pool is likely to be reduced again this year. But that’s just the tip of the remediation iceberg and the bank needs to come clean with staff about what’s going on so that when it comes to determining the size of the bonus pool, we can avoid double counting. Some of these remediation exercises can take years to put right. Staff need to know what conduct risk issues the Remuneration Committee has taken into account when applying bonus adjustments and that means coming clean about all the customer remediations that are still outstanding.

Members with any questions on this Newsletter can contact the Union’s Advice Team on 01234 262868.